Last week, Jamie Dimon, the CEO of J.P. Morgan Chase, discussed his bank’s major investment strategy in opening 400 new branches in several areas where it had not yet penetrated. The new locations are all in major metropolitan areas and include the cities and suburbs of Boston, Philadelphia, and Washington, D.C., among others. Bank of America is also showing signs of following the same strategy.

Is this a shift in direction from previous years where we’d seen banks closing their branches in large numbers? The answer is both “yes” and “no.”

First, the large banks are still closing branches in small cities and towns. The idea of using a corner bank branch to deposit and withdraw money through a teller is becoming a fading memory.

Second, the large banks are following the big money, which tends to be in major metropolitan areas. These locations will be staffed by small teams of wealth management advisors; there would also be interactive kiosks to manage typical financial transactions.

These big banks will follow the money flow, which is just as expected. The small community banks, on the other hand, will serve the smaller communities.

My only concern is that, as the banking landscape shifts, there will be a lack of banking competition—and that could lead to higher banking costs.

So how do you manage a lack of competition in the smaller markets? The answer lies in following:

1.) The need to develop stronger banking relationships is more important than ever. The greater the interactions you have with your banker(s), the more services that will be offered to your entity.

2.) Banks of all sizes want your general operating account and your recurring transaction business. They are not only interested in your entity’s deposits.

3.) Because your taxpayers and students come first, if you’ve been considering the importance of earning more on your operating cash, start identifying the rate potential your cash has and taking the steps to realize that interest on your financial statements. ​

4.) Increase your use of electronic banking and other advanced technology so your entity is not dependent on a nearby bank branch.

5.) If you are not receiving the best pricing, deposit rates, or banking services, then consider issuing a bank RFP to get them.

6.) If there is only one branch—or none—in your community, team up with other institutions or entities in your area to create a larger base of business. By creating a greater economy of scale, you’ll likely receive more banking services at better pricing and more attractive rates.

Banking continues to shift in a changing landscape. Because banks play an important role in managing your finances, they should be considered as strong partners but not sole providers. We live in a competitive national marketplace—and that can be used to your entity’s advantage.

The greater the competition, the better the pricing and rates you and community can receive.

Through a fair and independent process, three+one can help define your financial needs and ensure that banking’s shifting and competitive landscape works in your favor.

How to Make a Fair Comparison

A couple of weeks ago, a government banker was voicing frustration after learning that her bank lost a Request for Proposal (RFP) bid to another bank that claimed that their services were free; that bank had submitted a “zero-fee”-based bid for all its bank services. 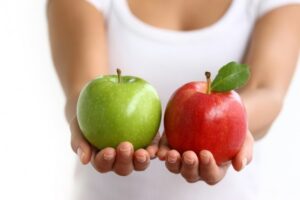 She wondered if the comparison between both bids was fair, especially when beneath the surface there was a big difference in actual costs. For her bank, its fees were clearly stated while the competitor’s bid offered so-called “free banking” but actually required much higher bank-deposit balances. The end result: There were actually much higher costs in the latter bank’s services when all was said and done.

So how does one compare bank fees and deposit requirements when evaluating competitive bank RFPs?

My answer is that it all lies beneath the surface when it comes to the level of bank balances required to be kept on deposit.

In most bank RFPs, banks will separate out the price per item of its services. The number of items that have separate fees could be numerous. Some may be direct “hard” fees. Others may be embedded “soft” fees which are covered by Earnings Credit Rates (ECRs) that average in the range of .50 to .90%.

You may also see RFPs that promise “free banking” while requiring 200% to 300% more in deposits and offering much lower ECR levels (often in the .05% to .20% range). Such RFPs could cost an entity tens to even hundreds of thousands of dollars in added costs or in lost interest-earning opportunities.

As interest rates rise, the disparity between both strategies will widen drastically with an average ECR envisioned to be well above 1.00% by year-end.

Bottom line, when comparing bank RFP bids, be aware that “free banking” bids could cost you a lot more than those with clearly stated fees.

Let’s be honest. Banks do play an important role in serving public entities and the communities they serve, but it does not come for free. When reviewing RFP bids from competing banks, they must be compared diligently and critically to understand the true cost of banking.

At three+one, we know government banking since we are public officials and former government bankers. Nationwide, our clients are primarily public entities and higher Ed institutions.

When discovering the true costs of banking services, competitive RFPs have you comparing apples to oranges. We have extensive experience in evaluating and assessing banking RFPs. Time and again, our fair and agnostic analyses lead to entities gaining more advanced banking services at lower costs and with higher earnings on bank deposits.

In the end we will make the comparison fair – apples to apples!

three+one was featured in The Daily News during a Genesee County, NY Ways and Means Committee meeting regarding the county’s increased cash performance. 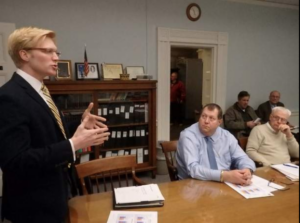 ‘Also Wednesday, a consultant noted the county earned almost $320,000 in interest income for all of its funds in 2017 — a situation which is good news for its taxpayers, he said.

Garrett MacDonald, vice president of Three + One of Pittsford, a firm which worked with the county to analyze its cash flow, told the Ways and Means Committee the county earned $319,480 in interest last year on all funds and $242,134 in interest for its general fund.

“That’s what they booked in 2017. That’s what the county realized,” MacDonald said after the meeting. “This is a big deal for the treasurer (Scott German) helping taxpayers to earn more.

“Rates are going to continue to rise, which is certainly going to help interest earnings,” he said during Wednesday’s session. “I think next year, the county will be in excess of $500,000 in interest income.”

He said among the things Three + One looked at was the county’s cash flow optimization — making sure the money is earning interest at all times, from the time taxpayers pay their bills to when the county pays its bills.

“The taxpayers’ money has to be safe — to not lose principal,” he said. “The county earned the highest cash vest score. That’s a way of rating how well the county is performing in the treasury operations.

“It’s the taxpayers’ cash, in a sense,” MacDonald said. “We want to make sure the taxpayers are getting the most for the money they are paying to the county.”’ 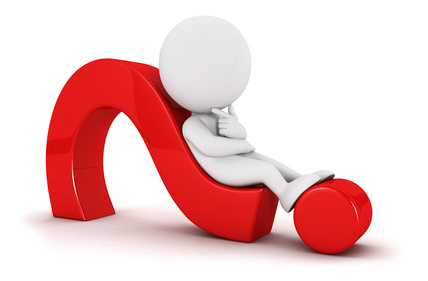 If your entity is not already making use of all its cash—and earning 1.0% or more in interest—let me share ten reasons why it makes sense to act now:

1.) To offer your taxpayers no tax increase—or even lower taxes.

2.) To help offset losses in the deduction of income and property taxes under the new tax reform law.

3.) To provide pay raises for your staff.

4.) To enable adding personnel to your police and/or emergency services departments.

5.) To fund the salary of one or more teachers or professors.

9.) To establish or add to reserve funds for future needs or projects.

10.) To fund high-efficiency equipment for your facilities that will provide additional savings or increased revenue.

We are at a crossroads as we see continually higher interest rates, possibly reaching 2.0% by year-end. If you do nothing, be prepared to explain yourself when your constituents ask “Why not?”

At three+one, we can help you take a proactive approach in making the most of higher rates through our proprietary liquidity analyses and data models. We are not a bank or a Registered Investment Advisor; our interests are solely those of your entity and your stakeholders.

The reasons are clear. Cash is a valuable asset that can make all the difference in meeting your budget goals—in 2018 and beyond.

Not only did Genesee County, New York (with an annual budget of approximately $145 million) earn the highest initial cashVest® score three+one® has ever given (89), but County Treasurer Scott German, has become known for making interest earnings a top priority on the county’s cash. When three+one started serving Genesee County, its interest earnings from September 1, 2015 to August 31, 2016 were $190,070—and its effective yield on all funds was 0.34%.

Here are a few ways they did it:

1. We altered the county’s operating cash structure to ensure more cash was providing value to the county. Liquidity proficiency became important as rates increased and the county optimized its ability to take advantage of greater yield without sacrificing liquidity.

2. We identified how to recognize the marketplace value on every dollar on deposit based on the county’s specific time horizon of its funds. Treasurer German’s priority was to ensure every tax dollar was earning at its maximum rate potential.

3. We worked together to improve the allocation of the county’s operating cash deposits by identifying where low- and non-performing cash could become a revenue-generating asset for the county. 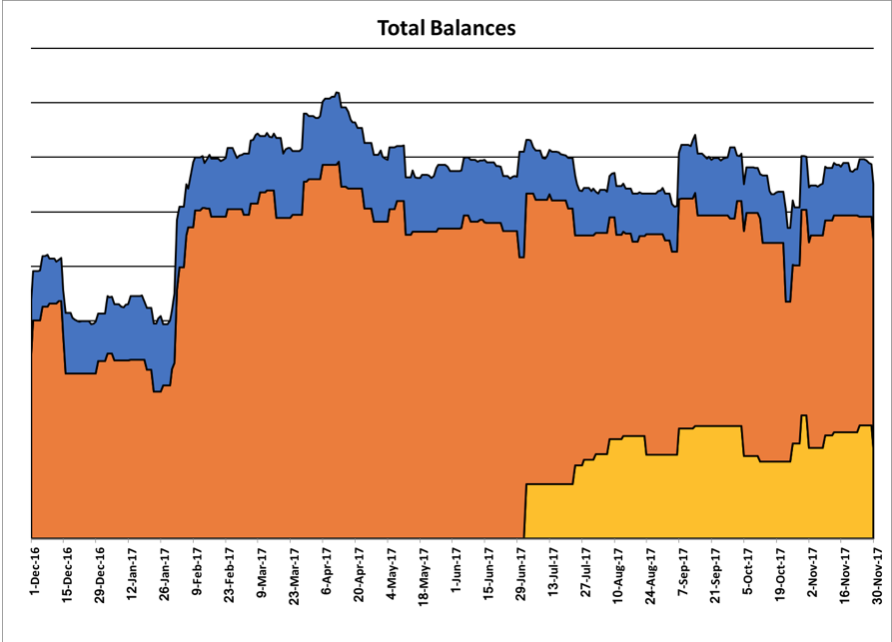 The public finance officials we serve tell us they will be making interest earnings a priority in 2018. If you would like to speak to Treasurer German, he invites your correspondence via phone at (585) 344-2550, ext. 2210, or via email at Scott.German@co.genesee.ny.us.

The year 2018 will be the one when cash will be recognized as an asset with great value. 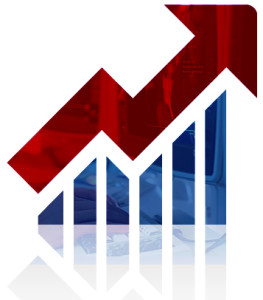 My message is simple: Cash will have added value that can lead to hundreds of thousands of dollars in new revenue for public entities and higher Ed institutions like yours in 2018.

As public officials, we all have fiduciary responsibilities in the management of all funds on behalf of our tax- and ratepayers. Given the current interest-rate environment and abiding to the pillars of public funds management—safety, legal liquidity, and yield—we must take a closer look at the real value of cash. Today’s cash has a daily minimum value of 1.0%, but I believe the overall yearly value of cash could reach 2.0% or greater by year-end.

The team at three+one can help you realize the value of your cash through your financial institutions.

We are not a bank, financial advisor, or register investment advisor. Rather, we are an independent liquidity analysis and data management firm that provides a pure, agnostic, and independent perspective on all operating and non-operating cash. These data can be used by an entity and its financial institutions to gain higher rates on all available cash.

Throughout 2018, we will be sharing nationwide success stories of public entities and higher Ed institutions that have embraced a proactive approach in managing their cash—and have proven that it has great value.